School is back in session....

Why, oh why, would the first day of classes be scheduled for January 4th when any good Canadian knows that the final of the world junior hockey championships is on the same day? One can probably imagine--given the choice of watching hockey or sitting in class--which I would rather be doing! GO CANADA GO!!!

In any case, it's always fun to be back at school after some time off to see everyone again. The novelty will wear off shortly, I have no doubt, but all the same I will enjoy it while it lasts.

The remaining days of my holidays were essentially uneventful. I spent new years eve at downtown Vancouver's Jupiter's Cafe. It was a good time, with exception of the hour it took us to get back out of town using the bus system. which, more than anything, was just a little chilly while we waited at the bus stops. Nothing compared to weather up in Edmonton, so I was thankful to be celebrating new Years where I was!

New Years day saw the departure of my sister from the Vancouver international airport, on her way back to England. She was on crutches, as she so often seems to be, having dislocated her knee after a day of skiing up in Kamloops.

The next few days were spent getting my affairs in order, handing out resumés to potential employers (please, PLEASE somebody give me a job, I'm desperate! I'll do anything!), I helped the girl downstairs to move upstairs, my other roommates having bought a condo, and generally worried about money a whole bunch. And, of course, I also did a fair bit of lamenting over the situation in South Asia. . If you can lend your blood, money, or prayers, do so for those poor people. As yet I haven't been able to reach any of my friends over there, and I just hope everything is okay.

and here we are, with me signing off on the first day of school. I have a night class to get to! I will leave you with a quote of the post, as I shall attempt to do with each new quote. perhaps something relevant to the subjects discussed, perhaps not. today's quote... mmmm, I'll say, relevant:

He who knows how to be poor knows everything. --Michelet
No comments:

Email ThisBlogThis!Share to TwitterShare to FacebookShare to Pinterest
Labels: education 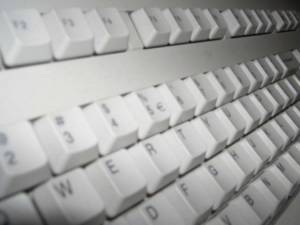 the keyboard, and essential tool for all good blogs :)