We knew the deal when we got into it. Dogs just don’t last as long as humans do. 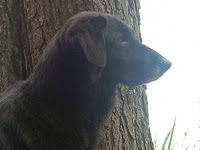 Nellie came to Kate and I seven years ago. I listened to my dad’s advice as we went to the SPCA to choose our new family member.”Don’t go for the dog hurling itself at the cage door, begging for your attention, no matter how cute it seems.”

We heeded that advice, presuming it would mean we might end up with a calmer, more even-tempered pooch.

Instead, we ended up with Nellie.

I have yet to encounter a dog with stronger separation anxiety than Nellie, and I pray I never do again. A year and a half of peed on, ripped up carpets.
Chewed door frames and scratched up window sills. Destroyed radios, CD’s, VHS tapes (those weren’t so long ago, after all), DVD’s. Upended chairs, bookshelves. Torn curtains, mangled window blinds and pushed out screens, and desparate, whiny barking to go along with all of the devastation.

Nellie was a handful, let’s just say that. But after a good 16 months of convincing her we weren’t taking her back to the SPCA she settled in.  She had been adopted, and sent back to the shelter prior to our getting her, and she spent fully three months with the SPCA before she came to us. I’d have a little anxiety, too, frankly.

Nellie, in many ways, presented more challenges to us than our human children. Our human kids have never blindly run off the side of a cliff to chase a crow, dropping of the edge of the world like Wylie E. Coyote.

Our kids have never run across the road to chase a squirrel, and rather than getting hit by a car, run headlong into the side of a moving vehicle instead.

And, yes, the opposite also ocurred. Nellie was hit by a car at some point.

Our kids have never hidden in the bathtub in a thunderstorm or crawled full body on my pillow WHILE I AM LYING IN BED in order to escape the volleys of firecracker explosions at Halloween.

But Nellie did. And she ain’t no lapdog. 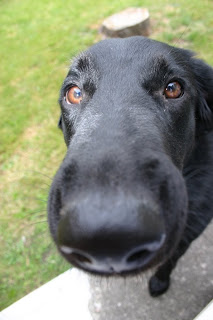 The kids have also never managed to jump through a second story window, scale six and a half foot high gates or escape completely locked-down kennel crates in order to come seek out their favourite human beings...

Where the kids are concerned, Nellie was nothing but top notch. No matter the abuse the kids doled out, she never turned on them, and to her last day, barely so much as growled at them when they crossed the line. She usually just licked at them to get them to stop tugging at her or jumping on her.

Where strangers where concerned, you could be fairly certain she’d warn you of their approach, and circle the wagons with the kids. She also seemed to have a bit of a racist streak which was mildly concerning, barking more frequently at our Asian neighbours than the Caucasians. I don't know what her problem was. Nellie was black, after all :)

Nellie has spent the last seven years keeping our family in shape. Daily walks or bike runs with a family dog ensures a healthy lifestyle, and prepares one quite well for the early mornings required as a parent.

Alas, her own health has not been assured so well as ours.

We knew the deal when we got into it. Dogs just don’t last as long as humans do. But we really hoped she’d have lasted longer than this.

We got the diagnosis of degenerative kidney failure sometime ago, and we knew we’d be getting a year more, at most. And here we are.

Damn those pets for not being able to tell you when they think it’s time, and making us choose for them. They continue to act fairly happy-go-lucky, but they stop eating and vomit all over the place one day, they lose weight and shed hair the next,  and then want you to throw the stick or tennis ball.

It was one of those ‘this will hurt me more than this will hurt you’ moments this past week, knowing we were going to pull a Hotel California on our smiling-tail-wagging-happy-go-lucky-I’ll-run-to-my-humans-whenever-I-feel-fear family member.

Knowing that she’d be going in and not coming out is something that you just wish you could communicate to them, to let them know that there’s no hard feelings, and this isn’t retribution for that time you tried to eat the favourite CD player/ FM radio clock combination.

This isn’t punishment for the time you decided to put your paws up on the counter to scarf the entire fresh loaf of banana bread before I even got so much as a taste. Yeah, caught you red-pawed on that one, so there’s no need to level punishment now.

This isn’t a ‘we told you so’ for scavenging garbage and littered bones from the back alleys of our neighbourhood.

This has nothing to do with your landspeed record-setting ability to chew through leashes. Or that temporary obsession you had with the skunk under our porch. Or you never being friends with any cat, anywhere, ever.

No, Nellie, letting the vet help you pass away quietly, painlessly, is the greatest thanks we can give you at this point for being our furry friend and family member.
For teaching us parental tolerance well before we even had kids,
For being the bolt in our lock on those occasions we may have forgotten to secure the door,
and for so much unconditional love and affection towards us.
I’ll never forget the moment you came and dropped one of your toys at the door, moments after Sacha was born, as if to say ‘welcome to the family, this is all I can give to you’.
You’ve always been our shepherd,  charging back and forth on family walks, trying to make sure all members of the party were safe and staying together if ever we spread out.
We’re glad we found you, and made you part of the herd you were so pleased to gather round and protect.
I’m not sure the mailman, the garbage trucks, the pigeons perched on the city street lights, the city buses or the squirrels will quite understand the serenity that will fill their lives in your absence, Nellie. Next time--if ever--I find myself in the trunk space of our car, I may just throw myself at the window at an unsuspecting passerby in a moment of temporary insanity in homage to you at some point. Consider it your 21 gun salute, perhaps.

Lastly, sweet girl, if, in that moment of crossing the borders of existence you saw that crow flying low above the bluffs, I hope you went for it. We sat there, hands on you as you breathed your last, and we know that gravity wasn't stopping you then. By now we presume your paws have touched down on some other side, where we know some pretty awesome dog people who might just be glad to see you. 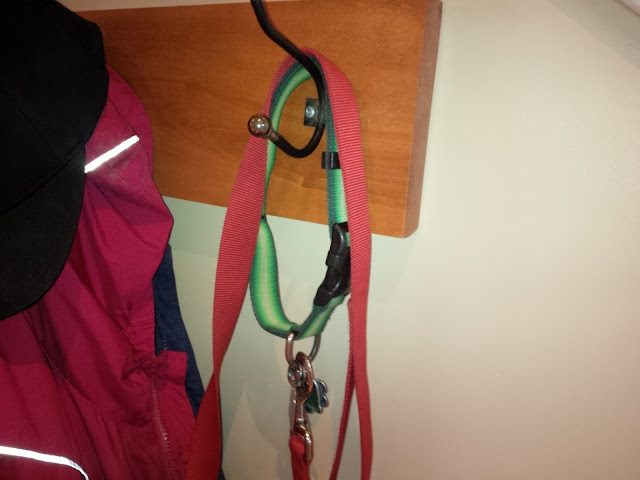