Gentle readers, you may recall an installment in the not-too-distant past concerning a resident skunk who decided that the underside of our porch was its new home. This past weekend (knowing full well there was no creature of the night living there), we decided it was time to make the leap, get under there ourselves. As much as we want to make the space inhospitable to any more urban pestage, we also thought we'd take the time remove 100 years worth of junk that has been piling up for literally 100 years, as our house turns a century old this year. 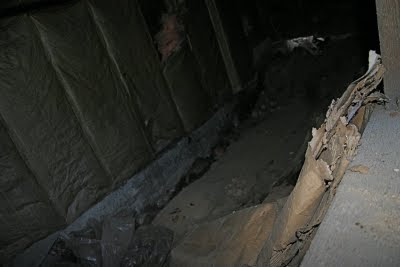 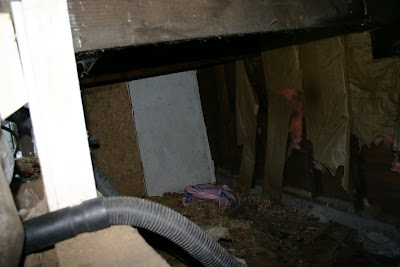 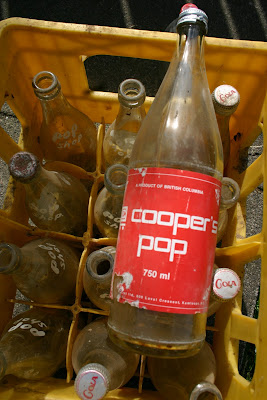 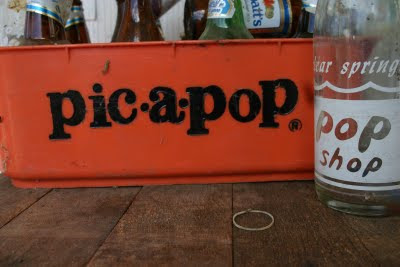 The list of fodder that came out from under there is near endless. Crawling into the space in the first place seemed horrifying enough. I couldn't decide if the dark, dank, musty pit felt more like the setting for the scene in 'The Grudge' where the ghoul girl eats the face off of another girl after jumping out at her from the dark of an attic, or more like the basement in the final scene of The Blair Witch Project. Either way, my love of the horror genre had me envisioning all sorts of uses for this space. As I unburied an ages-old, thin, rotting child's size mattress, and unearthed pieces of a tiny bed frame, I imagined this pit being used to punish a Victorian-aged youth, locking them in the dark for their failure to sweep the kitchen floors... or... something.

Otherwise, I found ( in no particular order, and as some of the photos will point to):
- pop bottles and beer bottles of all sorts from the last several decades, including
some Expo '86 branded Coke and Labatt's bottles
- A Kamloops connection has been found in this house! Several 'Cooper's pop' bottles... I had no idea they used to bottle their own Soda.
- A mummified rat 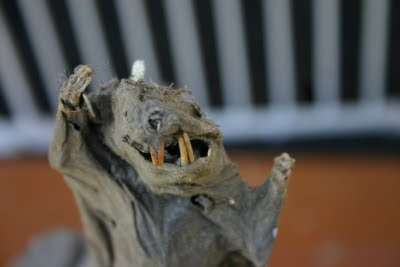 - the bottom of an old wooden barrel
- Garden hose
- forementioned bed frame and rotten mattress
- an endless supply of construction end pieces from when this house was first being built in 1910/11
- plastic club head from child's golf club
- skunk poo, skunk poo, and more skunk poo
- old, fallen down insulation, more recently used as nesting sites for some nature of foul rodent. 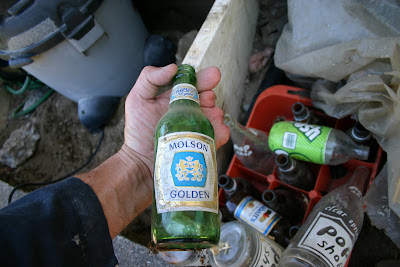 ...and that's kinda how it went. It had to figure that all of this miserable extraction in full coveralls, bandana and particle mask work was happening on the warmest day of our year thus far. But it's all gonna be worth it. our final step is to re-insulate, brighten it up under there a bit, throw down some crushed gravel. 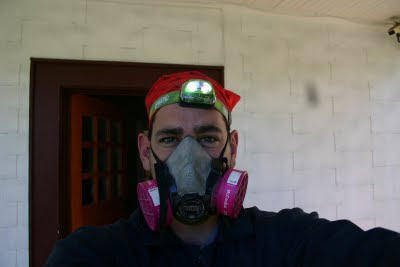 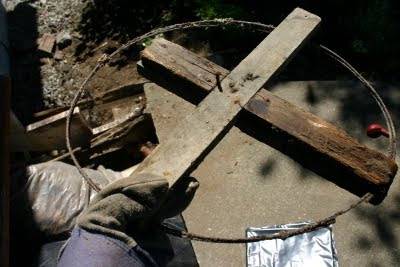 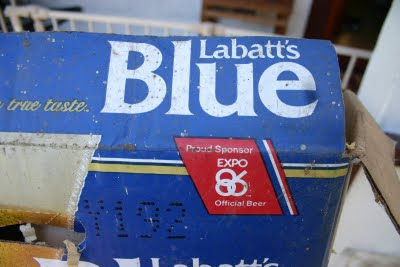 All in all, it was a relatively interesting anthropological dig under the house. Especially where the pop and beer bottles were concerned, I couldn't help but think this is the sort of gold mine my dad would've had polished and on display before anyone else in the house would be able to blink an eye. We'll save a couple for ya, dad!

So, enjoy the random assortment of photos. There'll be some finished product shots in the near future.

OH, and to Pepe the skunk and all your friends? we bid you a fine adieu.
2 comments: