It was in the late afternoon on December 30th, 2006, a winter’s silvery sun coming in through a leaded glass window. An impossible light on a cloudy day, but it was the the day I said ‘I do’ to Kate which makes anything possible. That makes this year our seventh anniversary. Ever heard of the theory of the Seven Year Itch? 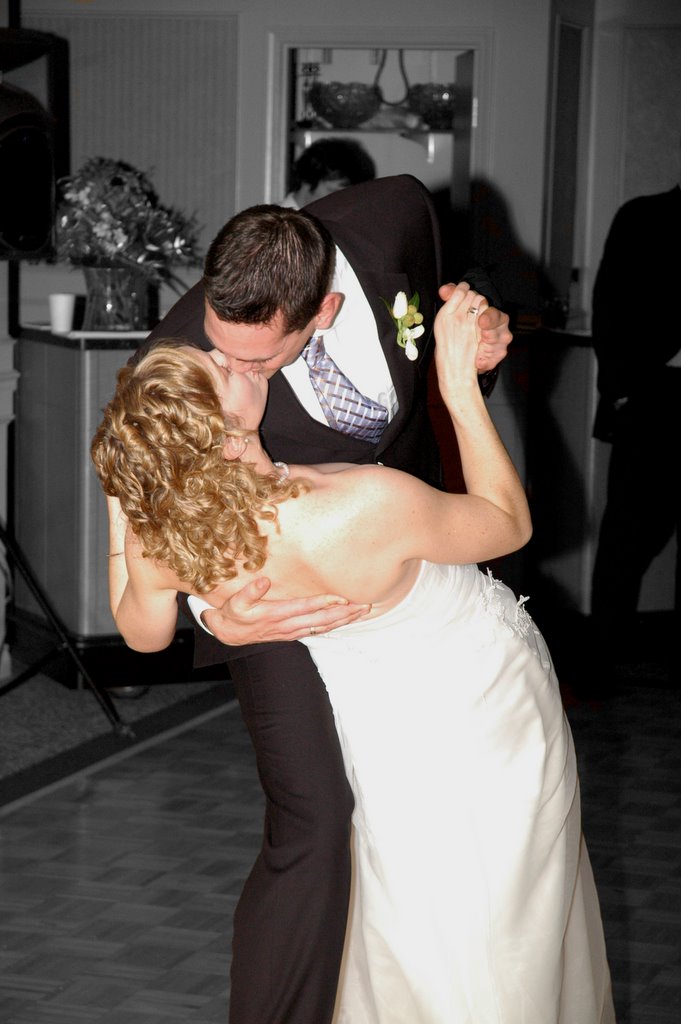 For us, in the past seven years, there have been no fewer than four major renovation sessions occurring in two different houses. There has been one neurotic dog, and two lovely, irrepressible irreplaceable children, not to mention several cousins, and more weddings. Five (or maybe six?) strollers. Many Sundays singing hymns. A thousand family dinners. Three degrees completed and/or conferred. Six vegetable gardens.  Six seasons of raking leaves. One Transatlantic trip, two sojourns to sunny southern climes (Hola, and might I add Aloha!), and a number of other domestic flights. Lotsa drives to Kamloops. Numerous cross border jaunts. Terrible sickness. Deaths, even. 2,190 days. 2,190 nights, many of them sleepless thanks to aforementioned irrepressible children. One baptism (ps, we need to get on that other one).Two cars, a few new sets of skis, and a cargo bike. Nine job changes. Nine. Conferences, conference calls, board meetings. Thousands and thousands of commuter hours. 84 power bills to pay. Just as many telephone bills. Two high school reunions...and I could go on... and on... and on...

Thankfully, there are the unquantifiable moments: Any number of nights on the town (though amounts diminish greatly post-baby arrival!), movies on the couch, walks and bike rides, opportunities to hold hands. Discussions over wine or tea. crackling fires. Heated discussions that required no extrinsic source of fire. Snowball fights. Stargazing sessions. Tears shed, which you were there to catch, and I yours. Hugs and kisses (probably in the neighbourhood of 2,190 a piece since there’s at least one of each a day). Upset, depression, heartache, want, wonder, joy and laughter.

There have been terrible, unforgettable moments during our time as husband and wife. But moments is all they add up to. There are bad days and tough times, but there is no such thing in my life as a bad week, month or year. The parts are not the sum. It is all divisible by you, and the equation always comes out as a positive.

Moments, good or bad, are never dull and there is always you, always ‘us’, and my love grows with each tick on the clock.

With all named above, and all unnamed yet to come, I ask you:
Seven year itch?
Never heard of it.

I only know love, and family and all those things I signed up for and how thankful I am for it.
Then. Now. Always. Happy Anniversary.
No comments: