The EVOLUTION OF (our) FIRE(place)

okay, so the dramatic title is less dramatic than it could be. It's the sad realization that this update is about (groan) home improvement rather than (woohoo!) that scintillating phlogiston that so captures our attention, be it little campfire or a whole forest at once.

If nothing more, you're now at least curious as to what 'phlogiston' means.

It's been months since Kate and I started probing into our walls to see what lay beneath. we are but one step away from a completely new look to the wall that separates our living room from our kitchen.

Let me take you down memory lane for a moment...
You may recall that this is how our wall used to look, both from the living room side, and then from the kitchen side: 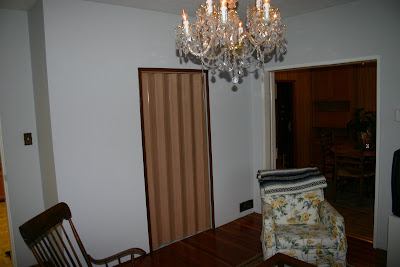 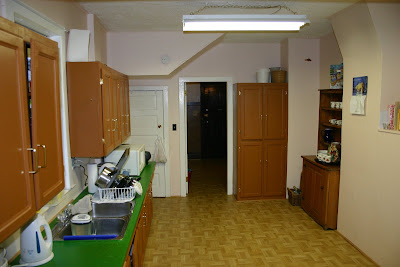 And then we went to work. There was limited exploration at first, just--much like the bear going over the mountain--to see what we could see. we quickly discovered that there was a chimney and a fireplace concealed within.

Exhibits C and D, for your approval: 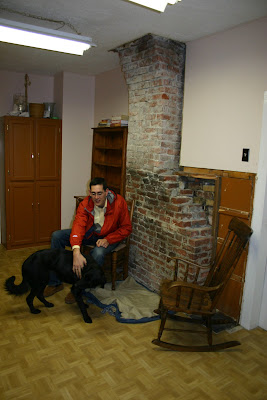 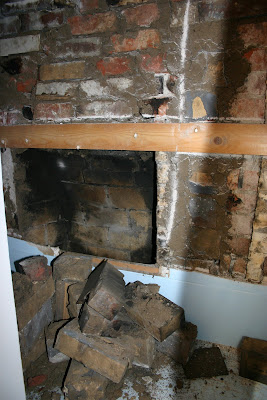 unable to restrain ourselves much longer, we soon ended up tearing down walls, to reveal this crumbly, sagging, Gothic monstrosity: 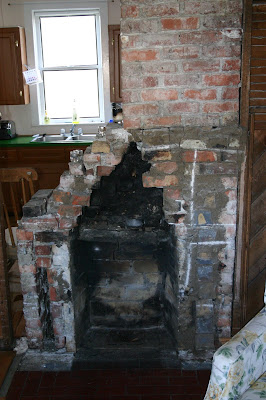 But fear not! with the help of our chequebook and Bob, from cornerstone masonry, we now have this! 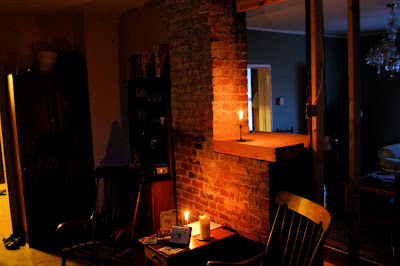 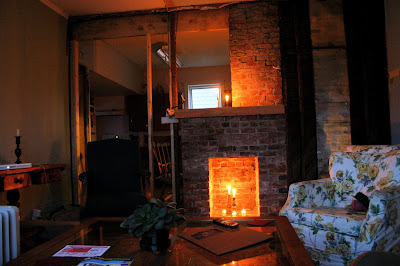 we've just one step to go now: the installation of a gas fireplace. just as of last week, we have a gas line running into the house, so that'll make it easier to have a gas fireplace :) (this house has previously been heated by an ancient, unreliable oil furnace), and by then... well, by then, it'll be summer, so we won't use it... but... it'll be there, so.. yay.
so, for the moment, we have a lovely fireplace, and a more open floor plan. Swing by and take a look for yourself some time!
No comments: