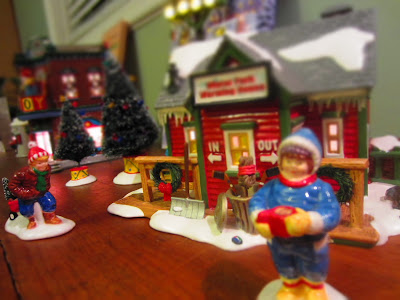 What do rats, compost piles and kidney disease, sibling rivalries, skunks, preschools, cancer, newborns and houses, all have to do with each other? Just another year in the Chase household, that’s all.

First, the rats and/or mice. This has been one of the few constants in our last year. No, we do not live in an unkempt cesspool. But we do live in a century house, and it comes with holes. Which rodents find their way into. And it drives us crazy. Doesn’t seem to matter what we do, they always find another way in. perhaps we can blame previous generations of ownership, I don’t know. Our house turned 100 this years. A century’s worth of owners means a century’s worth of home renos, the result of most of them seeming to be the burying of wonderful character, and perhaps the construction of an underground network of rodent tunnels built in the meantime as well? Who knows. If you have any iron clad tips for keeping rodents out, let me know. As for the house and state of the character on it's birthday: Glimmers of its old self are there. Exhibit A, the front entrance stairwell and upper landing, currently dressed for the holidays. 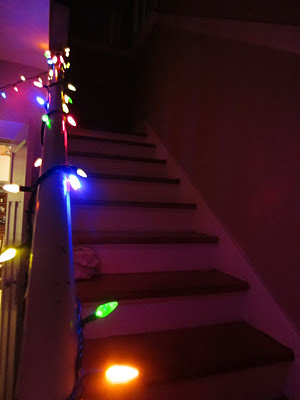 After having it sanded down and re varnished a couple years back, the original honey coloured wood today shines through. The most unique characteristic of this is the wear pattern of countless footfalls resulting in weathered wood with blackened streaks, laying a path that has been trod for one hundred years. We plan to restore the banister down to the wood at some point, too, maybe in the coming year as part of a larger renovation that would bring a dramatic change to the house. We spent much of 2011 envisioning such a renovation, perhaps in 2012 we’ll get it done. For the time being, this railing is painted a crisp white. This approach has proven quite flawed, particularly in the last year, as the railing is the perfect height for gnawing on. Not by the adults or the dog or house mice, though. Rather, our kids, as they descend the stair case, stopping every once in a while to sample the paint (thankfully lead free). I wonder if previous owners faced such issues!

As for other rodents, many of you know about our adventures with pepe. Happy to report that after our summer cleanout, he never returned. We’ve had to shoo racoons and a cat off the roof,since then though. I have grown weary of urban wildlife this past year.

Alas, our own dog is adding herself to the urban wildlife scene, recently taking to navigating her way through our fencing and bushes to roam the neighbourhood. We thought she was trotting up the street to feast on the refuse from the Chinese grocer at the end of the block, but we’ve recently landed on the fact that she appears to be snacking without reserve on a neighbour’s uncovered compost pile. The stench on her breath is one thing, but we also, in the past year, have found our dog to be in rather ill health; it appears she may have a degeneterative kidney disease, so here we are trying to buy her time and keep her healthy with pills and blood tests and controlled diets, and she’s treating the neighbour’s yard like a personal all you can eat buffet.

As for the other kids in the house, the human ones, Sacha and Heidi have had a great year. Both continue to flourish and Heidi shows little sign of the fact that she was such an early arrival in 2010. It has been interesting to watch the dynamic of a 3.5 year old boy, of whom we are teaching rules, responsibility and order to, and his 1.5 year-old sister, to whom few of those things can concretely apply quite yet, though they are coming along nicely. 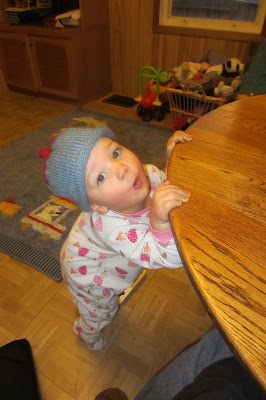 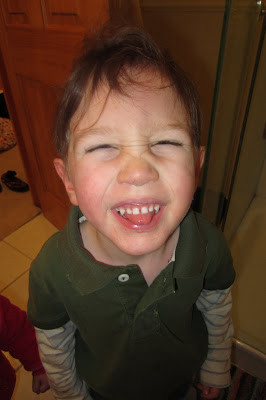 I am sure Sacha sees Heidi getting away with murder and it drives him crazy, which may lead to the occasional hair pull, head butt or bite, but on the whole, the pair get along swimmingly and use their words to sort out their differences. One arena of Sacha’s life where we were unable to sort out the differences was that of preschool. His was shut down mere weeks after opening due to near complete mismanagement, some of the results of which were quite frightening to behold. So, we have been trying to find alternatives to keep Sacha engaged with a peer group, and learning ‘schooly’ types of things. We look forward to 2012 being a more consistent year in that respect.

Speaking of biting--and also frightening to behold--I didn’t report it on this blog back in June, but I did suffer a substantial gash in my forehead this year, thanks to Sacha leaping off a pool ledge without prior warning. His lil’ chompers caught me at the hairline. His teeth were left in tact, but I needed a trip to the ER. Long story short, the human mouth is a filthy thing. 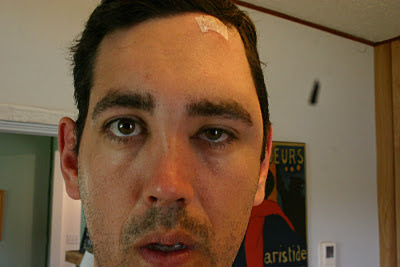 I landed in St. Paul’s hospital with a massive cranium thanks to infection and swelling (any Goonies fans out there? Sloth?), aka Cellulitis. I’ll leave it to you, dear reader to look up the term and find out what it can lead to if not treated properly, but suffice it to say, after a week off work, IV’s, antibiotics and a miserable headache, I’ll be holding this one against Sacha for the rest of his life. The scar has healed well, thank you for asking :)

Last but not least, you may notice on the list above that the words ‘cancer’ and ‘newborns’ appear side by side. This is more than just mere coincidence. Fact of the matter is, the two things seem to coincide in our lives quite regularly. My dad was dealing with his colon cancer when his first grandchild rolled around, my son was born while mum battled breast cancer, and this year my sister has just delivered her first child, a daughter, on December 13th--mere weeks after mum underwent lifesaving surgery to remove a brain tumour, and mere days before she started some aggressive radiation therapy to try to deal with tumours that remain in her head. We are overjoyed that my sister has brought her baby into the world, and we know that soon, mum will be able to meet her newest grandchild face to face. All were to be together in the UK at my sister’s house for Christmas this year, but due to the emergent situation with mum, it just can’t be.

So what’s the takeaway from all of this? Especially the last part? Well, if you want to use a ‘Reason for the Season’ analogy, Jesus wasn’t born at the Ritz, was he? Mary barely made it to the stable. Best laid plans / Life is just like that/etc. There’s been bad in the last 12 months, like when my wife had her head, neck and torso shoved into the dark rafters as she tried to drag a stinky dead rat out from in the insulation. There’s been bad, like when I held mum’s hand before she went in for brain surgery. There’s been bad, like knowing my sister had a really, really tough pregnancy. But a lot of good has happened too. When the dead rats are gone the house smells good again, mum is still here to meet her new grandchild, and that newborn baby is crying in it’s parent's arms. The roof is still over our heads, we are steadily employed in a poor economy, our kids are healthy and growing, we get to travel here and there and enjoy our families, and the food is on the table whenever we needed it. 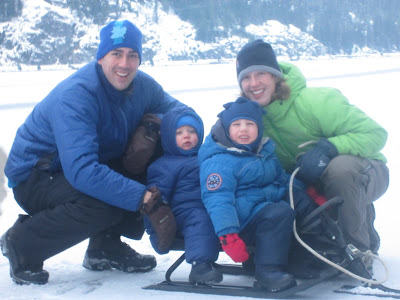 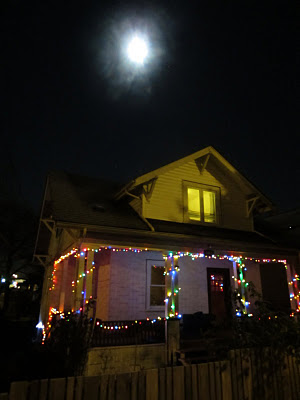 Some days we miss the good, but it’s always there. 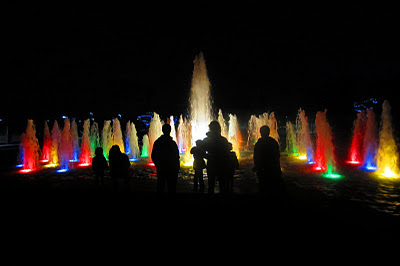 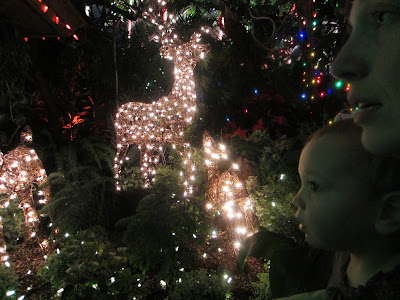 from my family to yours, we hope that wherever you are and whoever you are with this Christmas and New Year, you have the time to reflect on your last 12 months, to realize all that you have, and to look forward to an exciting and prosperous 2012.

As one of our family members likes to say on such occasions: May the best of your past year be the worst of the year to come. May.it.be.so.