A litte R and R

I’ve been meaning to get on here and update my blog with a quick run down of how the vacation time that Kate and I recently took was spent. As I mentioned at the end of the last entry, it would be more manly than flowers and such… so, without further adieu…


We kicked off our week with a stay at a lovely bed and breakfast in Esquimalt on Vancouver Island. The Lord Nelson, it was called, and we stayed in a lovely suite with it’s own kitchen, a hot tub out back, and lovely gardens all round. We th… what? OH! Right! Manly, I said! Manly!

Okay, well, it was a short walk down to the waterfront from the B & B, which was coincidentally located right near the Canadian Forces Base Esquimalt (there… manly…). The shoreline in that particular spot is peppered with old bunkers from the second world war, which had gun turrets pointed westward in case the Japanese ever came buzzing across the pacific in our general direction. 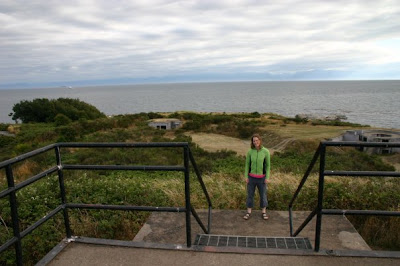 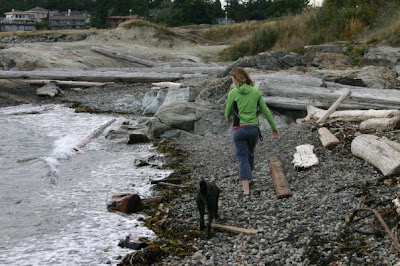 Now, the site is just a great spot to walk and view the ocean. The only threat from the air you have to watch out for now are seagulls pooping in mid-flight...

Anyway, after our one night’s stay, we drove further into the island to find Gordon Bay on Lake Cowichan. We’d booked a few nights of camping in the provincial site on the side of the lake.

Lemmee tell, you about our new tent. It is a thing of beauty. It’s not wee. It’s not not so wee. It’s frickin’ huge! It’s pretty much a church. Not ideal for backpack camping, but great for car camping! Not only can I lay out flat in this tent without my feet pushing out the edge, there’s even a solid foot of clearance. That’s right folks, 2.5 meters of floor length! But wait, there’s more! I can stand up in this thing!! Can I get an aMeN?! 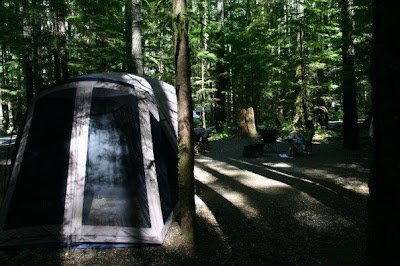 And, you guessed it, that’s not all! The church… err, tent… features two doors, two very large window, and a skylight! (no, there is no hole in the roof, merely a mesh roof to the tent, so on clear nights with no fly, you could have a full moon roof, or, on nights when it might be cloudy, the fly still has a clear plastic patch that lets the light in that way. Halleluia!) Anyway, out of one door, the fly can be unzipped and can act like an awning, and out the other door—the front door--there is a fully enclosable, netted vestibule. I call this the Narthex. You can be inside, but outside at the same time, without worry of them nasty ‘skeeters getting atcha. It’s sweet!

Well, as you can see from the rest of the pics, the lake itself is a beauty. 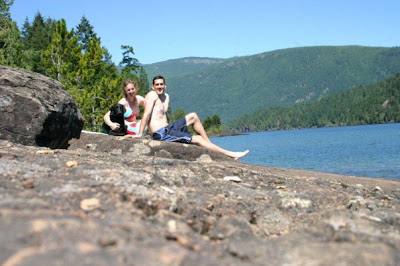 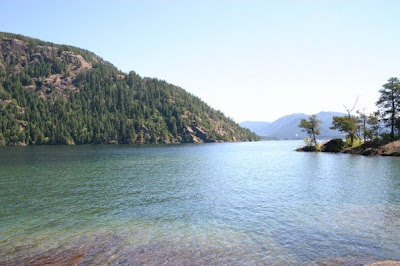 We couldn’t take Nellie with us to the main beach, but a short 10 minute hike away, there is a rocky point that we basically had to ourselves, and it offered awesome swimming.

Nellie wasn’t sure about the whole camping thing. Being a dog that sleeps indoors, once the sun went down, she was all like “okay guys, lets go into a building and sleep now, okay?” but instead, all there was were trees, a campfire, food from the table that we wouldn't share with her (as usual) and the scent of bears 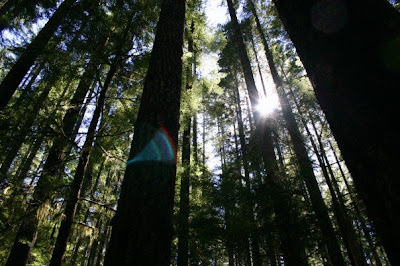 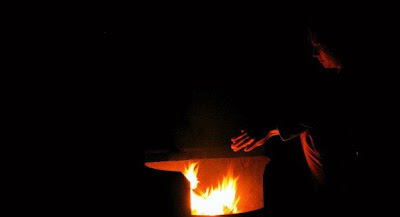 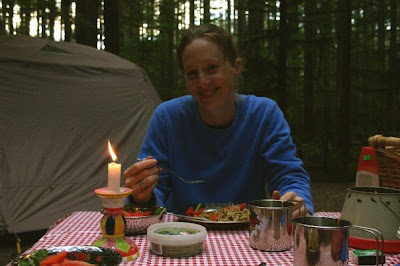 She warmed up to it by the time we left… basically, anyway 

After camping, we went to Nanaimo for a night to visit with a friend from the flatwater kayaking world, Ashley. 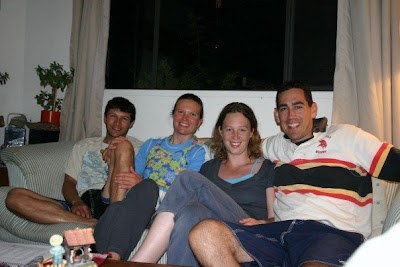 She and her husband Eduardo let us stay with them. We haven’t seen them in years, so it was great to catch up!

Next, it was over to the mainland on the ferry, and up to Whistler for the long weekend. The highlight of being up there is that on the August Long weekend of each year, Whistler plays host to the Canadian Barbeque Championships. Oh. My. God. So much meat. So little time.

As I wrote about this last year, I'm simply going to plagiarize myself, and repost the event description from 12 months ago! Also, here are some photos, if you’re not much interested in words…

"...The highlight of the weekend--aside from the glorious weather,mountain vistas, shimmering lakes and fresh air--had to be the Canadian Barbeque Championships, which took place in Whistler village over the course of the weekend. Picture it if you will:

two dozen or so competitors gather to cook up their best BBQ'ed Pork, Chicken , and Beef. You, as a spectator / carnivore head to the site. upon paying five dollars which goes towards the charitable cause of crohns disease / colitis research, you're given free access to wander up to any of the competitors tents, and sample of the particular meat they happen to be cooking for the competition of the hour.

This is our whistler neighbour, Norm, and his son Oliver 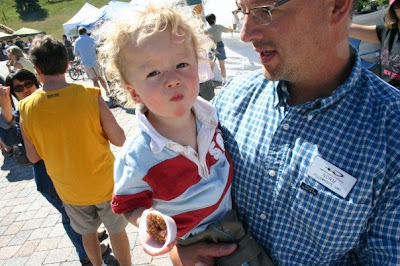 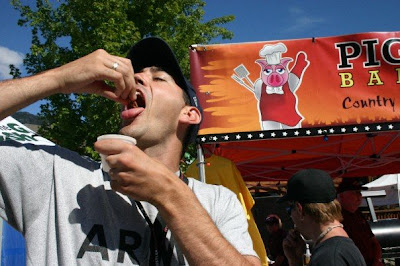 First up, the Pork. Forgive me Jewish God, for I have sinned. There was more pulled pork in a plethora of mouth-watering marinades than this here meat eater knew what to do with.


This is Norm's wife, Natasha, and to her left, Marissa (she can pack in the BBQ for an 11 year-old!) 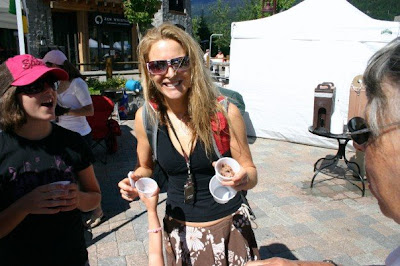 There's more gloriously succulent ribs on hand than even the most gluttonous of gluttons could hope to gorge upon. There's a little bit of Homer Simpson in all of us, I think. And on August sixth, there was a lot Homer showing up in a lot of people.

After the pork had been turned in for judging, the competitors turn to their chicken recipes, and the process began again, with the carnivores running around like chickens with their heads cut off (pun intended) trying to grab up the samples before they're all gone. 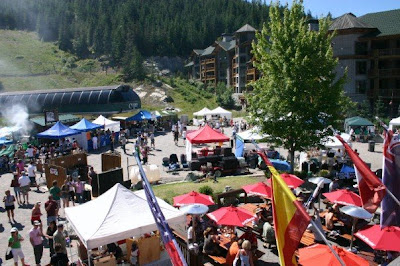 And so it went with the beef after the chicken had been turned in.

Yes, my meat-eating friends (sorry to all the Vegetarians out there...)It was every bit as wonderful as I describe, and then some. I imagine it will be right up there with wedding days, and--when they arrive--the birth of my children. Unlike such events, however, the BBQ champs happen every year. Amen..."

…and that was about the extent of it! Ten days goes by awfully quickly, unfortunately. Still got lots of vacation time to use up before the end of the year! Yahoo!
No comments: